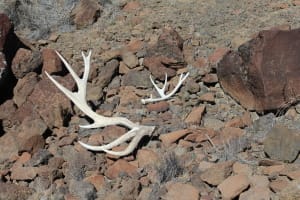 In the last post about the Owyhee River, I talked a lot about the history of the Owyhee River and why America’s Rafting Company loves this little river, “Oregon’s Grand Canyon” so much. The history behind setting aside acres and acres of land for a designated wilderness is fascinating and something that anyone with a passion for the outdoors, preservation, wildlife, ranching, and living should read about (so click here to see it). Our great nation has made a point to set aside land and let it be wild- no roads- no motors- no wheels- accessible only under your own power, or that of a horse. This is unique to the United States, there are few other countries in the world that have done this. Reading up on the wilderness act, you will likely find information about Idaho, the state with the second largest wilderness area, Alaska is the first. You’ll also read about senator Frank Church from here in Idaho, for which the Frank Church River of No Return Wilderness is named. Being stewards of the land as an outfitter is an honor and a privilege that we don’t take lightly. That is one of the reasons why we love what we do. Joining America’s Rafting Company on a multi-day river trip will give you a sense of that, especially on the Owyhee River where you will feel like the only people on earth, where the land is wild and the foot print of man-kind is so small, sometimes you’ll wonder if you’ve been the only person to stand in that very spot along the Owyhee River’s edge.

The presence of Native Americans in the Owyhee Canyonlands is hard to ignore, where arrowheads are easily washed up along the river banks (it’s illegal to touch them or take them) and pictographs and petroglyphs mark many rocks and walls along the canyon. It is very clear that “Oregon’s Grand Canyon” is not just thought to be grand in this modern day, it has been a grand river since the beginning! Native 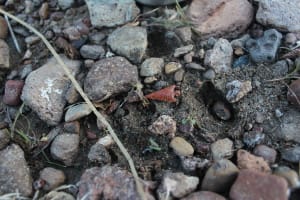 Americans such as the Shoshone Paiute and the Klamath tribes would have frequented the river for hunting, fishing, refuge for the hot summer sun and a place to gather and celebrate. To learn more about the Shoshone Pauite tribes, now of Duck Valley, CLICK HERE, there are some great videos about the history of the tribes as well as information on how the Duck Valley Indian Reservation came to be. An attribute of particular interest is how the Owyhee Canyonlands served to be a place of refuge for the Shoshone Paiuite tribes during the Bannock War of 1878. The military as well as many settlers were hunting Indians, a bounty was placed on their scalps in 1866: $100 for a male, $50 for a female and $25 for a child. This act pushed the Native American’s to escape and they used the Owyhee Canyonlands as a sanctuary to evade the military and bounty hunters. The Owyhee Canyonlands are very steep, harsh and difficult to access, the terrain is near impossible for anyone on foot, but especially for the military with their cavalry, cannons and horses. But, for the Native American’s who were accustomed to the climate and the harsh terrain, the Owyhee River was their only means of escape and survival and to this day, the Owyhee River is sacred to the Shoshone Pauite tribes. Which lends to a very significant reason behind making the Owyhee Canyonlands a protected Wilderness. Here are some photos of the Owyhee River that we have taken:

The Owyhee River white water rafting trip that we offer is so much more than just rafting. There are hot springs along the river’s edge. The fishing is outstanding! Before the dams were placed on the Snake River, the Owyhee River was an outstanding fishing ground for Chinook Salmon traveling back from the ocean to spawn. Now since the dams are in place, the Salmon do not run wild and free like they used to. Being on an Owyhee River trip, you’ll see pictographs and hopefully other artifacts, we tread lightly on the ground in order to preserve the river for those still to come. It’s an opportunity that not many people get, but if you do, it’s one that you won’t soon forget.